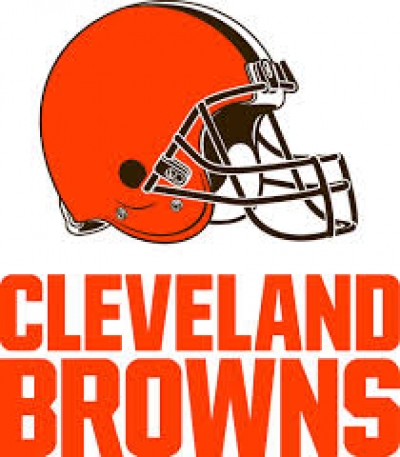 The Browns Legend learned he was headed to the team’s Ring of Honor when general manager John Dorsey surprised him with a phone call earlier this summer. It was a true stunner for Matthews, who starred for a whopping 16 seasons with the Browns before closing his 19-year career with the Falcons.

“I was honored,” Matthews said. “I mean, the Browns have a pretty good legacy of players in that group. We lived through that generation of players mostly in the 60s who were so successful, and to be included in that group is just an honor.

“It seems like they're doing a pretty good job of picking talent around there, so I'm going to ride that wave. The Browns, even though they had a little hiccup for a while when the team went away and came back, that's what you think of when you think of the NFL. At least for myself growing up, the Browns, Packers, Bears, those type of teams that were there from long ago. To be included at this level is just a huge honor."

Matthews will be honored during halftime of Cleveland’s Week 3, Sunday Night Football matchup against the Los Angeles Rams. His son, Clay Matthews III, is a linebacker for the Rams.

“With that platform, gosh,” Matthews said. “To honor me at the platform and with that going on and having him here, I'm just honored. I'm honored by the Haslam family and the folks who think I'm worthy of doing it.”

"To me it was a no-brainer," Dorsey said. "That guy symbolizes everything it means to be a Cleveland Brown. Respect and honor for the game of professional football. His passion for the game. I can't wait to meet him when we do this against the Los Angeles Rams. It will be special for him.

"The coolest thing was when we called him up and let him know what we were doing in regards to his day, I got a little nervous because it was Clay Matthews Jr. and he was one of those guys I personally looked up to and thought was an exceptional football player in his era. I've always been taught if you dominate the league during a decade you should definitely be going into the Canton Pro Football Hall of Fame."

Matthews, considered one of the league’s best linebackers and most durable players, played in 278 games — the21st most in NFL history — and amassed 1,561 tackles over that span. Matthews was a three-time All Pro and received four Pro Bowl nods. During his 16 seasons with the Browns (1978-93), Matthews had 76.5 sacks, 1,430 total tackles, 14 interceptions, 24 forced fumbles and 13 recoveries.

The Browns selected Matthews with the 12th overall pick in the same 1978 NFL Draft that featured Hall of Famer Ozzie Newsome, whom the Browns picked 11 spots later at No. 23. Matthews emerged as a starter in his second season and was at the heart of Cleveland’s defense during the team’s run through the 1980s, which included back-to-back AFC Championship game appearances. It was a special time in the life of Matthews, who made his home in Strongsville during his playing days and now resides in Los Angeles.

It promises to be special once more when Matthews, surrounded by friends, family and former Browns teammates, is honored in a way he never expected.

“We'll have them all there,” Matthews said. “They love their time back here. All of them talk about it. Heck, they'd come back even if I wasn't honored.

“When I come back here, the folks are just so involved and cared so much about the team. It made my 16 years here just delightful. The way you could go anywhere, and folks here wouldn't bother you too much, but you'd have a conversation and they were knowledgeable and informed. It was just a great experience. The only thing lacking was getting completely over the top and winning the Super Bowl, but we're heading in the right direction.”