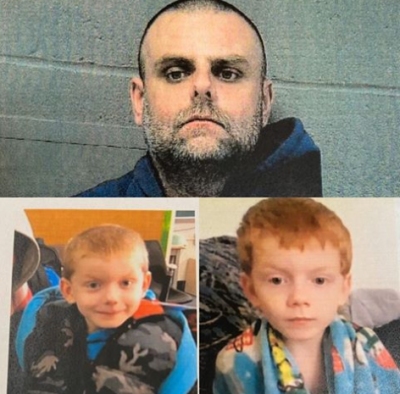 No other details have been posted yet.

Mansfield police asking for your help finding a couple of missing persons.

See details below from Mansfield police.

The Mansfield Division of Police is currently attempting to locate Timothy Lee Whitt (W/M/44) and his 6 year old nephew, Zane Clay, who left with Mr. Whitt yesterday morning. Mr. Whitt picked up his nephew, Zane (W/M/6) onWednesday 01/29/2020 to spend time with him. Both were last seen leaving 117 Pleasant Avenue at approximately 9AM that morning.

Zane's mother became concerned when they had not returned to her home, later that evening, as expected. Mr. Whitt has picked his nephew up from the residence many times in the past. However, Zane’s mother became concerned as Mr. Whitt has always had Zane home on time. She has no way to contact Mr. Whitt (who is transient) and has not heard anything from them since they left which has alarmed her. She contacted Mansfield Police at approximately 8:32PM that evening to report both of them missing.