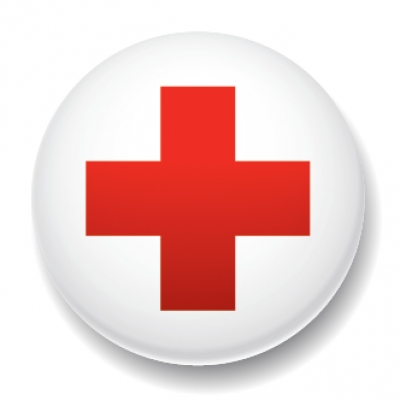 With now less than one month to go before the 24th annual Acts of Courage Award ceremony, the American Red Cross of Northeast Ohio, Summit, Portage, and Medina Counties Chapter has announced their twelve recipients.

The event on March 5th, at the Hilton Akron/Fairlawn will honor local residents who have displayed extraordinary courage in the face of disaster, crisis, or otherwise emergency situation.

Below is the list of this year's honorees and a little more about their story courtesy of the American Red Cross:

Jason Strunk, Leslie Snyder and Seth Bond of Summit County will be honored for saving a mother and her three children during an active shooting.

While waiting at a red light on his way to help an elderly family friend grocery shop in Akron’s Middlebury neighborhood, Jason Strunk heard gunfire. That is when he saw a mother being shot by her boyfriend, while trying to protect her three children, including an infant she was carrying.

Without hesitation, he jumped out of his car and began to wrestle with the armed individual. At this time, Leslie Snyder and Seth Bond arrived and witnessed what was happening. Bond began to assist Strunk in trying to apprehend the shooter, while Snyder attended to the injured mother and her children.

During the exchange, the shooter’s gun jammed, allowing Strunk to grab the two older children and place them in his car. Snyder placed the mother and baby in her car, while applying pressure to the mother’s wounds. They were able to drive the family to safety until first responders and paramedics arrived.

Jacob Thompson of Portage County will be honored for pulling out a driver from an overturned semi-truck.

On February 24, 2019, there was a high wind advisory for drivers. That day, Jacob Thompson was returning to the Kent State University campus following United States Coast Guard drill training in Port Clinton, Ohio.

As he was driving, the high wind took hold of a trailer and threw a semi-truck that was driving in front of him into the center guardrail.

Thompson immediately pulled his vehicle to the side of the road. Upon approaching the vehicle, he was able to see the driver confused and unable to get out. He got into the truck and pulled the driver to safety from the overturned vehicle.

Brian Lindor of Summit County will be honored for performing CPR on an unresponsive individual.

At the end of a workday at Akron City Hall, Brian Lindor was walking across the downtown skywalk to the garage to go home. As he was hurrying to avoid the frigid February cold, he spotted an individual unconscious and not breathing.

Having just completed a CPR refresher course a few months prior, Lindor began to administer CPR until paramedics arrived on the scene.

Officers Matt Martincin and Chris Deeks of Medina County will be honored for saving two women from a home fire.

As smoke billowed from a second-floor apartment building, Medina police officers Matt Martincin and Chris Deeks arrived to see two women trapped in an apartment. Despite having a smoke alarm in the apartment, there were no batteries in the alarm.

After attempts to have the women jump failed, Martincin and Deeks found a ladder on the back of a contractor’s vehicle and used the ladder to rescue the two women and all seven of their pets..

Paul Diven of Summit County will be honored for repairing an oxygen tank of an unresponsive individual.

Stan Hywet maintenance worker Paul Diven saw a crowd gathering during the annual Ohio Mart. When he made his way to the commotion, he noticed a volunteer who requires oxygen not breathing.

Understanding time was of the essence, Diven began to troubleshoot to find the issue with the oxygen tank. Once he spotted that a part was installed wrong, he properly installed the part and began to hear the oxygen flowing, helping the individual regain consciousness.

Gregg Whiteman of Summit County will be honored for responding to a co-worker who was suffering a stroke.

While in a meeting at GOJO, Gregg Whiteman received a call from a colleague. Realizing how unusual it was to receive a call from someone who knew he was in a meeting, Whiteman answered his phone. He quickly realized that something was wrong and that the co-worker needed his assistance.

Remaining on the phone, Whiteman was able to gather the proper information to realize exactly where his colleague was, despite his inability to speak coherently.

Thanks to his persistence, Whiteman was not only able to find his co-worker lying on the floor of an office, behind a closed door, but his quick response and immediate call to 911 ensured that the co-worker in need was able to be taken to the hospital, where he was given medication to prevent permanent damage from the stroke he was suffering.

Lt. Doug Price, Firefighters Marcus Council and Barb Fisher of Summit County will be honored for providing fire safety tips and rescuing a young child from a home fire.

Last May, the Akron Fire Department responded to a home fire, with reports of a child trapped in a basement.

With the home engulfed in flames and the basement full of smoke, Akron firefighters Lt. Doug Price and Marcus Council entered the home in search of the young girl. Despite low visibility, Price was able to find the child unconscious and lying on the ground and covered. Price and Council removed the child from the burning home. She was transported to the hospital, where she was able to regain consciousness and make a full recovery.

It was later determined that the child had remembered the fire safety instructions she was taught a week earlier by her teacher Barb Fisher, ultimately helping to save her life.

In addition to recognizing the heroism of area residents, the Red Cross will present the H. Peter Burg Community Leadership Award to a community member who has been selfless in service to the community. This year’s recipient is Steve Hendricks, the market president of the Northeast Ohio region for S&T Bank.

While CEO of FirstEnergy, and chair of the local Red Cross Board of Directors, H. Peter Burg established a legacy of dedicated service to the Greater Akron community. Following his death in 2004, the Red Cross established an award in Burg’s name to honor his memory and inspire others. By bestowing the award upon Hendricks, the Red Cross recognizes his lifetime of community service.

Photo and video opportunities are available with recipients at the event.

For more information on the 2020 Acts of Courage Award, visit redcross.org/acts20.