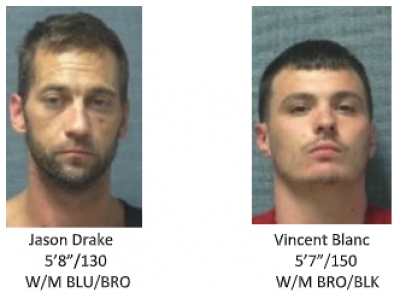 Three of the five inmates who escaped from a Canton correctional facility last week are back in custody.

The Canton Division of the Northern Ohio Violent Fugitive Task Force is reporting that Miller was arrested shortly after the escape and that Bingham was picked up on Friday the 14th.

According to a report, Fisher was picked up by U.S. Marshals with the help of the Canal Fulton Police Department's K9 Unit early Thursday morning at a home in the 1300 block of Stark Street Southwest in Canton. In addition to the escape charges, Fisher is facing new burglary charges out of Canton.

Blanc and Drake remain at large and police say anyone who knows where they are and is not reporting them to police could be facing criminal charges.

Anyone with information concerning any wanted fugitive can contact the Northern Ohio Violent Fugitive Task Force at 1-866-4WANTED (1-866-492-6833), or you can send a web tip at this website.

More in this category: « Cavs, Beilein Part Ways $5K Reward for Info on Copley Road Robber »
back to top