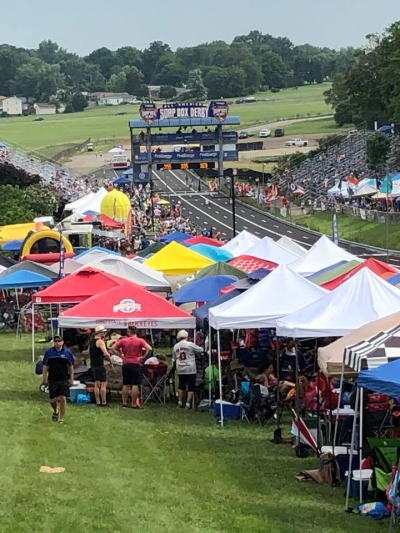 For the first time since World War II, the All American Soap Box Derby is canceled. Organization leaders made the call Tuesday, citing concerns associated with the pandemic.

President and CEO Mark Gerberich also says a lot of local races that qualify kids to make the trip to Akron have also been canceled.

See the full press release from the All American Soap Box Derby below:

Mark Gerberich, ISBD’s president and chief executive officer, said cancelation of the championship race is in an abundance of caution for the health of racers, their families, volunteers, staff and spectators during the COVID-19 pandemic, as well as the high number of local Soap Box Derby races and rallies around the country that could not be held because of local health restrictions.

The last time Soap Box Derby competition was canceled was during World War II when there was a four-year hiatus from 1942 through 1945.

“Over the past two months, we have been closely monitoring COVID restrictions in Ohio and local communities around the United States, as well as looking at various ways to safely stage the July championship event in Akron,” Gerberich said. “Unfortunately, we concluded the best action is to postpone the 83rd running of the world championship races until 2021.”

“As title sponsor, FirstEnergy fully supports the decision to cancel the 2020 AllAmerican Soap Box Derby in the best interest of everyone involved,” said Charles E. Jones, chief executive officer of FirstEnergy. “We’re committed to our ongoing partnership with the Derby through this difficult time, and look forward to watching cars going down the track again when the timing is appropriate to reschedule this iconic event.”

Participants qualify to compete in the FirstEnergy All-American Soap Box Derby by winning local Soap Box Derby races in their home communities or by accumulating points in rallies around the country. More than half of the communities staging local races have already canceled their events and more are expected to cancel in order to comply with continuing local COVID-related restrictions. Typically, more than 400 boys and girls compete in their gravitypowered race cars in the annual world championship races in Akron.

In mid-March, ISBD officials suspended all Soap Box Derby activities through April. In May, local race organizations could re-start racing events in compliance with state and local COVID restrictions in their communities.

“There is such a wide variety of safety restrictions among states and when these restrictions might be lifted, it is difficult to plan with certainty on how many additional local races could run between now and the end of June,” Gerberich said.

He said contributing to the cancelation is concern for the health of racers, their families and volunteers as they would be traveling to Akron, and the ability to ensure safe distancing and maximum size of gatherings on-site during various activities at Derby Downs. In addition, the closure of certain venues in Akron would eliminate sites for the welcome ceremonies and other events that have been a part of race week.

“This has been an extremely difficult decision, but everybody wants to have a safe environment, a meaningful competition and a traditional festive experience for our racers and their families,” Gerberich said. “Local races and rallies will resume after the virus passes and we look forward to the 2021 racing season and welcoming our champions back to Akron next summer.”