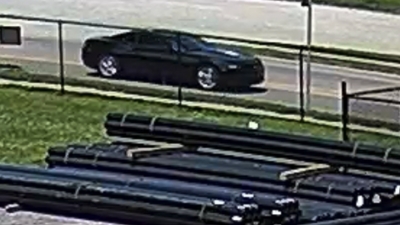 Akron Police
Akron Police have released two photos of the possible suspect vehicle connected to the murder of 18-year-old Na'Kia Crawford. The photos were taken around the time Crawford was shot Sunday afternoon near the intersection of North Howard Street and East North Street. That's where police found Crawford inside her vehicle with multiple gunshot wounds.
The vehicle is described as a black sports car with dark tinted windows. There is no official description of the suspect yet, but Akron Police Lieutenant Michael Miller says that the shooting appears to be random and not related to a road rage incident. 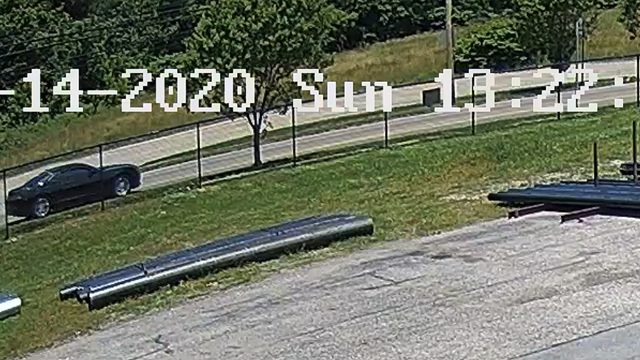 Na'Kia had just recently graduated from Akron North High School and was planning on attending Central State University in the Fall. A candlelight vigil was held for Na'Kia at the scene of the shooting Monday afternoon, as family members called for the suspect to turn himself in.

Akron Mayor Dan Horrigan has issued the following statement on the recent murder of Na’kia Crawford:

“Na’kia Crawford was a young woman who deserved a life and a future.  She was a recent high school graduate, preparing to start the next chapter of her story at Central State University.   Her senseless murder is devastating, not only to her family and friends, but to the entire Akron community. I spoke with Nakia’s father and uncle, who I know, early this morning, and my heart truly goes out to all Na’kia’s loved ones in this time of incredible grief and pain. These events are extremely real and important to me and to the Akron Police detectives investigating Na’kia’s death,” Mayor Dan Horrigan said.

“I feel that it is essential to say clearly and loudly: Black lives matter.  Nakia Crawford’s life mattered.”

APD has identified the passenger in Crawford's car as her grandmother, who was uninjured in the shooting.

According to the APD report, the woman was sitting in her car near the intersection of East North Street and North Howard Street Sunday afternoon around 1:25 p.m. That's when she was reportedly shot several times by a suspect driving by in an unknown vehicle.

The victim, who has since been identified as 18-year-old Nakia Crawford of Akron, was taken to Summa Akron City Hospital where she later died...

More in this category: « APD Investigating Homicide After 18-Year-Old Woman Shot Akron Marathon Going Virtual for Main Event Amid Pandemic »
back to top