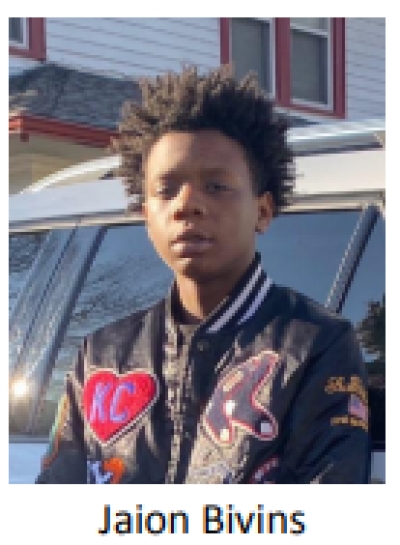 Akron Police say Jaion Bivins, 18, the second suspect in the murder of Na'kia Crawford, is in custody after turning himself in just after midnight Tuesday morning.

Bivins, of Akron, was wanted for more than a week on obstruction of justice and tampering with evidence charges connected to Na'kia's death back on Sunday, June 14th.

At about 1:25 p.m. that Sunday the 14th, Na'kia was shot several times while she sat in her car next to her grandmother at a stop light near East North Street and North Howard Street in Akron. The alleged shooter, 17-year-old Adarus Black, remains at large, per Akron Police. He is charged with murder.

Anyone with information regarding the whereabouts of Black is asked to call Akron Police or the Summit County CrimeStoppers.

More in this category: « Ray Horner Podcast - 6/19/20 City Announces First Round of Rubber City Match Winners »
back to top