Officers responded to the 400 block of Crouse St around 10:00 AM on Sunday. When they got there, they found the victims, later identified as 43-year-old Horace Lee and 22-monthold daughter, Azeria Tucker, unresponsive outside of a home. The victims were pronounced dead on scene.

Investigators determined that Lee was pushing his daughter in a stroller on the sidewalk, when the suspect, driving the below listed vehicle, possibly a Cadillac Escalade, struck and killed the victims.

The three suspects in the (above) photograph are persons of interest wanted in connection to the victims’ deaths. The suspect wearing the hat with the letter "C" is believed to be wearing a motorcycle club vest with the "Afro Dog" insignia.

The three additional people in the below photograph are possible witnesses. Investigators would like to identify and speak with them concerning the incident. 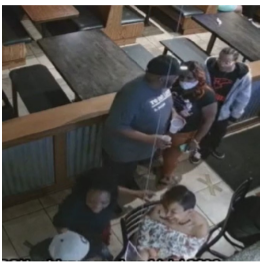 The suspect vehicle (below) has noticeable ground effect lights underneath that may change colors. 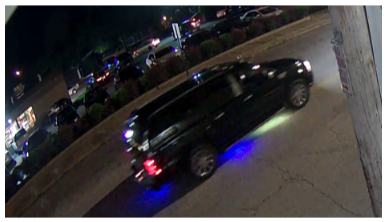