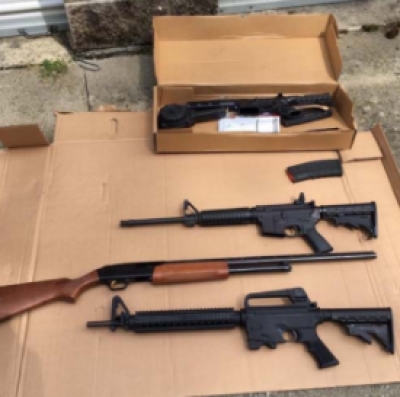 In February of 2019, the Narcotics Unit initiated an investigation into Christopher Mitchell, 40, and his Vape Store, Dubba Bubbas, located at 1252 E Tallmadge in Akron. The investigation was launched after receiving a citizen complaint that Mitchell was selling marijuana, THC vapes, and THC edibles from the shop. 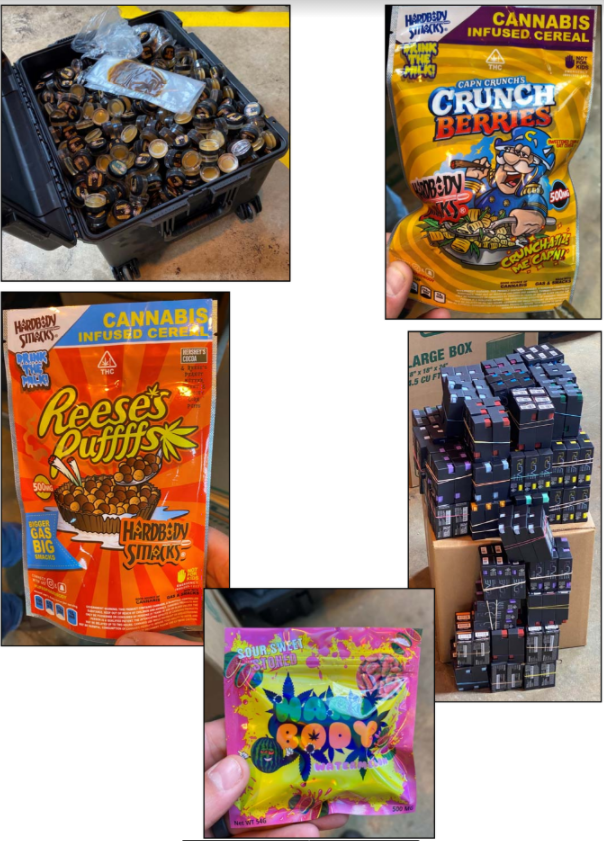 The investigation revealed Demarco Jones, 24, as one of Mitchell’s primary sources of supply. Jones, a former Akron resident, had taken up residence in Stark County. Jones’ illegal activities were found to stretch across Summit, Portage, Medina and Stark Counties.

In December of 2019, the investigation was adopted as Organized Crime Drug Enforcement Task Force (OCDETF) case, sponsored by the DEA. The case was actively worked by the Narcotics Unit on a weekly, if not daily, basis.

On Thursday, September 4, 2020, the Task Force served three federal arrest warrants and eight search warrants in Summit and Stark Counties. Arrested on federal complaints were George May, 22, of Tallmadge, Tyrone Keith, 44, of Canton, and Demarco Jones, 24, of Canal Fulton. Also arrested on a state charge was DaShawn Jones, 45, of Kenmore.

“24-hours a day and 7 days a week law enforcement is hard at work to keep this community safe. This lengthy investigation is a great representation of that diligence. It also illustrates the power of collective effort and the meaningfulness of the shared work between the Akron Police Department and our federal partners. The suspects arrested in this operation are a threat to our community, as are the 18 guns, which were illegally possessed, and thousands of pounds of drugs. Thank you to the dedicated men and women that were responsible for these results” said Chief Kenneth Ball II.

“The defendants in this case allegedly went to great lengths to market, sell and transport marijuana and THC products, often designed to look like candies and cereals, to their customers in the Northern District and across the country,” said U.S. Attorney Justin Herdman. “However, thanks to the hard work and partnership of numerous local, state and federal agencies, law enforcement agents were able to disrupt this drug trafficking operation and get significant quantities of marijuana product, illicit cash, and highpowered firearms off of our streets. 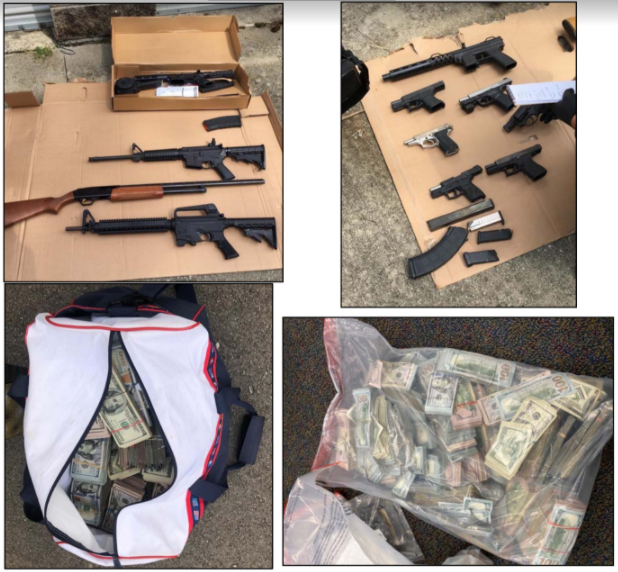 In all, 18 firearms, 774 lbs. of marijuana, 422 lbs. of edibles, 1143 lbs. of THC vapes, 203 lbs. of shatter/wax/dabs, and over $250,000 in U.S. currency was seized. Some of the edibles seized included children’s cereal that had been infused with liquid THC, repackaged, and sold, creating a substantial risk to unsuspecting children.

“This was a sophisticated operation operating in northern Ohio,” said DEA Special Agent in Charge Keith Martin. “There is a misconception going around that marijuana is a harmless drug and that is simply not true. Many of the edibles were packaged in a way that would be very appealing to children, bearing a striking and frightening resemblance to popular breakfast cereals, candy and snack foods.”