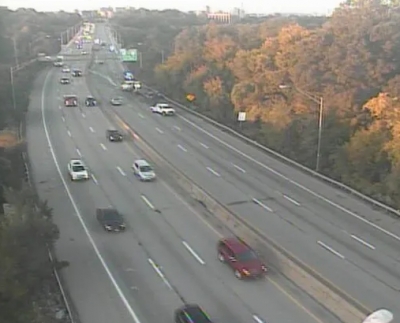 Akron Police are reporting that officers first responded to a domestic call in the 200 block of Cole Avenue just after 3:30 a.m. The female caller told police that a male acquaintance stole her minivan and two guns. After checking on the suspect, it was found that he had an active warrant for a robbery in Cleveland.

Not long after responding to Cole Avenue, officers on patrol noticed the suspect in the stolen van along Bellows Avenue and tried to pull him over near Thornton Street and Amherst Street just after 4 a.m. The suspect did not stop and lead officers on a chase through the city, eventually heading eastbound in the westbound lanes of 224 from Manchester Road and then northbound onto the southbound lanes of Route 8.

Officers called off the chase at this point for safety reasons just about 4:19 a.m. Minutes later, at 4:22 a.m., the suspect hit a semi truck near Glenwood Avenue on Route 8 South. When Akron Police, Ohio State Highway Patrol, and Akron Fire and EMS arrived on the scene, the suspect was pronounced dead.

The investigation into the crash is ongoing and the name of the suspect has not yet been released.

More in this category: « Fugitive of the Week: Akron Woman Wanted for Murder Man Shot at Springfield Township Hotel »
back to top