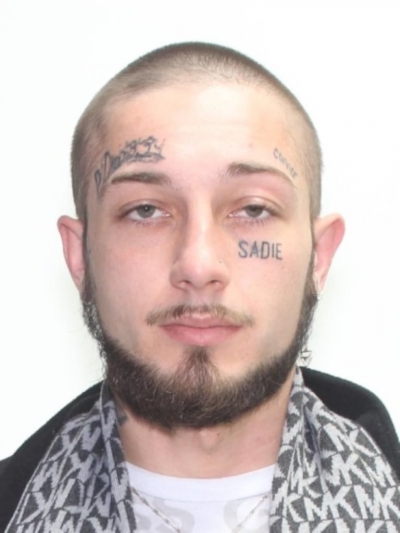 UPDATE: The Stow Police Department providing an update on Facebook Friday morning that their suspect, Dylan Cameron Norman is in custody.

According to that update, Norman was arrested after he was noticed by a store clerk in Akron who called police.

Stow Police are asking the public's help finding an aggravated robbery suspect they say is wanted in connection to the robbery at the 7-Eleven store on Kent Road in the city on February 18th.

According to the report, 23-year-old Dylan Cameron Norman, who goes by "Dreggs," walked into the 7-Eleven that Thursday night and pulled a semi-automatic handgun on the clerk.

He then forced the clerk into the back and stole a number of cartons of cigarettes, stuffing them into a garbage bag.

Then, Norman forced the clerk back to the front of the store at gunpoint and made the clerk open the register. He stole cash and then took off.

Norman was identified from surveillance footage inside the store. He is known to frequent Akron, Barberton, Kent, and North Canton. Anyone with information is asked to call Stow Police. 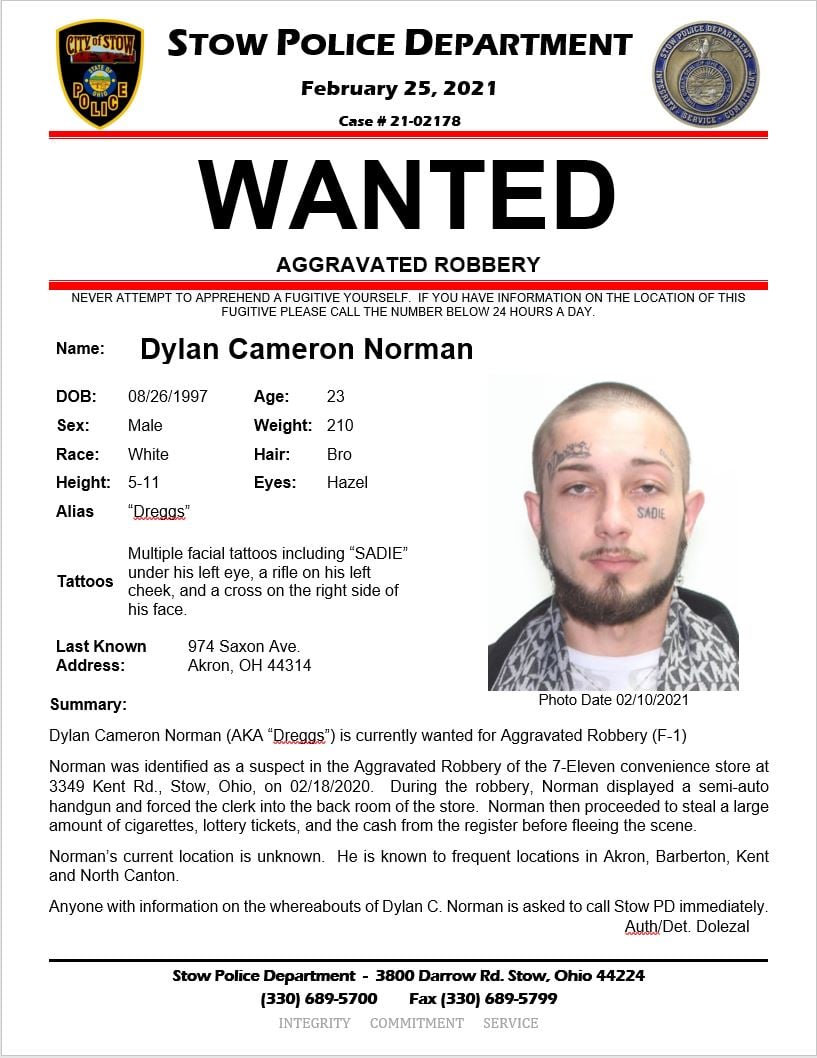