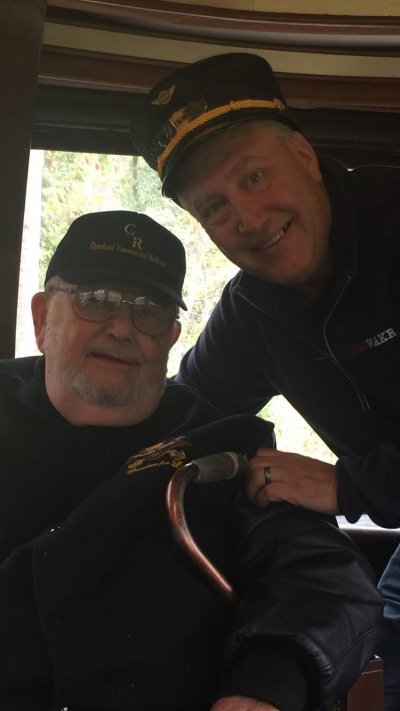 Joe Tait with our own Ray Horner Ray Horner
Northeast Ohio has lost another radio broadcast legend as longtime Cleveland Cavaliers radio announcer Joe Tait has passed away.
Tait first started his decades-long career with the Cavs in 1970, the team's inaugural year and continued through 1979 while concurrently announcing Indians games alongside Herb Score from 1973 through 79.
Tait moved behind the camera for the TV broadcast of the Indians from 1980 through the 87 season. Tait was there for Len Barker's perfect game in 1981 that actually happened on Tait's 44th birthday, May 15th that year.
In that time, Tait missed the Cavs 81 and 82 seasons, returning in 1983 and staying with the team until his retirement in 2011. And while he didn't get to see them win it all, but he got close, calling the Cavaliers Eastern Conference Finals win over the Detroit Pistons in 2007, that sent the team to their first NBA Finals appearance in franchise history.
That was LeBron James first trip to the NBA Finals, and over the course of his career in Cleveland, the Kid from Akron developed a personal relationship with Tait, as LeBron expressed on Twitter last night: