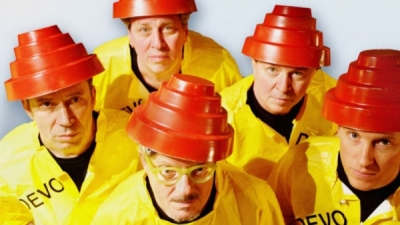 (City of Akron) Akron Mayor Dan Horrigan has issued a proclamation declaring April 1 as Devo Day, launching a month-long promotion for Fan Votes for the group’s induction into the Rock & Roll Hall of Fame in Cleveland, Ohio. The rock band from Akron was formed in 1973 and consisted of two sets of brothers, the Mothersbaughs (Mark and Bob) and the Casales (Gerald and Bob), along with Alan Myers. 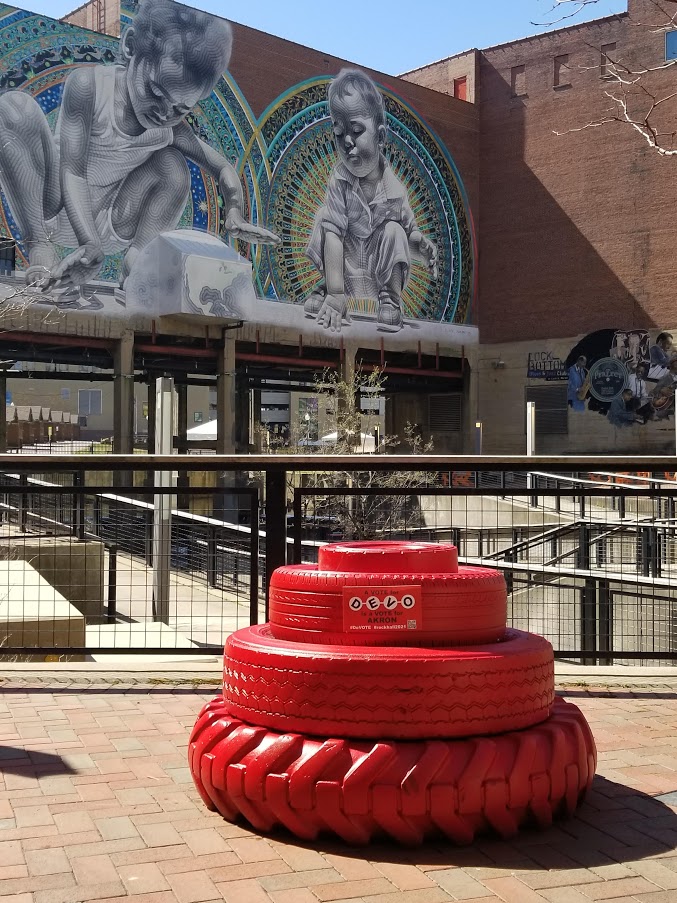 During the month-long promotion, 50 Energy Dome Sculptures — inspired by the band’s signature red hats and created from recycled tires — will mysteriously appear throughout Akron and will include signs featuring QR codes that will link to a website where fans can vote. The Downtown Akron corridor will become a location for fans to interact with life-size cutouts of Devo, as well. In addition, Downtown Akron Partnership has sponsored an interactive experience for viewers in a storefront window at The Bowery. Mayor Horrigan will be featured in a DEVOtional video along with entertainers Jack Black, Fred Armisen, Tony Hawk and an appearance by Goodyear’s Akron Blimp and crew as part of the promotions. Fans will have an opportunity to show their support on social media with special fan-based images using the hashtag #DEVOTE.

“The City of Akron has an unbelievable sense of pride, especially when it involves the success of our people,” said Mayor Horrigan. “We are, and will continue to be, immensely proud to be the home of Devo and will be rallying this great community to help them achieve the recognition they deserve.”

“Devo is of course one of my favorite bands,” said former Akron resident Patrick Carney of the Black Keys. “It was a huge thing for me as a teenager to know a band from Akron as cool and weird could strike a chord (no pun intended) that resonated so massively around the world.”

To be eligible for the Rock Hall nomination, an individual artist or band must have released its first commercial recording at least 25 years prior to the year of nomination. Devo is one out of 16 of the nominees on the ballot. The Rock & Roll Hall of Fame offers fans the opportunity to participate in the Induction selection process with the Fan Vote through April 30. Fans can vote (every day) at RockHall.com, or in-person at the Museum in Cleveland. The top five artists, as selected by the public, will comprise a “fans’ ballot” that will be tallied along with the other ballots to select the 2021 Inductees.

See more from Tim Daugherty on his WONE Blog.

More in this category: « Two Still Wanted in Akron Skill Arcade Robbery Sheriff's Office: Be Cautious When You're Pulled Over »
back to top