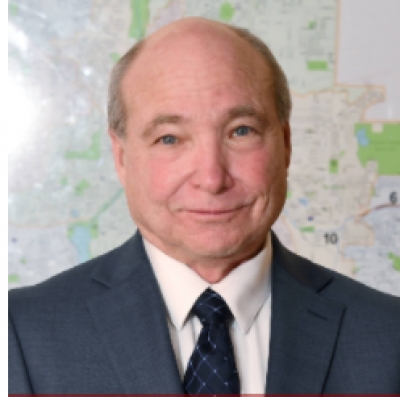 Ward One Akron City Councilman, Rich Swirsky, has died at the age of 68, from Leukemia.

He stepped back from public life several months ago; relinquishing his day to day duties on City Council, while he battled the disease.

A lifelong Akron resident, Rich Swirsky was elected as the Ward 1 representative to Akron City Council in November 2013 as a Democrat, securing re-election in 2015 and 2019. Both re-elections were uncontested, a testament to his work serving his constituents. He most recently served as the chair of Council's Public Utilities & Green Committee, vice chair of Housing & Neighborhood Assistance Committee, and as a member of the Planning & Economic Development, Public Service, and Public Safety Committees. In January 2020, Councilman Swirsky was elected by his peers to serve in Council leadership as the President Pro Tem.

Councilman Swirsky earned a Bachelor's degree in Political Science from Ohio University and began a 20 year long career with Ohio Citizen Action soon after graduating. He worked on environmental and labor issues while serving as the Regional Director in the Akron office. He went back for a Master’s degree in Education from The University of Akron in his early-fifties. He taught in the Akron Public School system for many years and most recently served as an ESL (English Second Language) GED instructor for Project LEARN of Summit County. Most importantly, Rich devoted himself to his family and raising his children with strong values.

In his years on Council, Rich co-sponsored significant legislative items like the City’s comprehensive non-discrimination ordinance known as the Akron Civil Rights Act, the tree ordinance, and the creation of the complete, livable and green streets taskforce, as well as numerous ordinances that benefitted Ward 1 and the West Hill and Highland Square neighborhoods. Rich’s commitment to justice and equality extended even to his last Council meeting on May 10, where, despite his illness, he returned to vote in support of a resolution urging the U.S. Senate to pass the George Floyd Justice in Policing Act and to pass local “Pay-to-Stay” and “Source of Income” housing discrimination protections into law.

Information regarding how members of the community can pay their respects to Councilman Swirsky will be provided in an obituary from the Swirsky family.

More in this category: « Police Nab Kenmore Murder Suspect Multiple Life Prison Sentences for "Worst of The Worst" Akron Murderer »
back to top