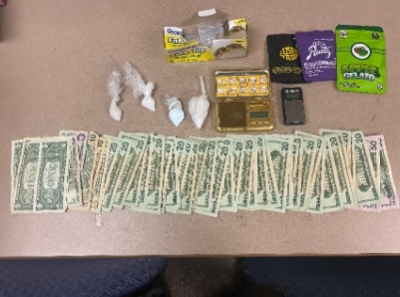 An Akron man was arrested on drug trafficking charges after a routine traffic stop in the city yesterday.

According to the report, just after 4:30 p.m. Wednesday, officers pulled over Michael Gaines, 37, for a routine traffic violation near Ruckle Road and Hampton Road. During the stop, officers found that Gaines was driving under a suspended license and had an active warrant out for his arrest.

A subsequent search of Gaines' vehicle turned up three bags of marijuana, more than 33 grams of methamphetamines, 9 grams of crack cocaine, more than 7 grams of fentanyl, $825 in cash, and other drug paraphernalia.

Gaines is officially charged with Trafficking in Drugs and Possession of Drugs in addition to the charges related to the warrant.