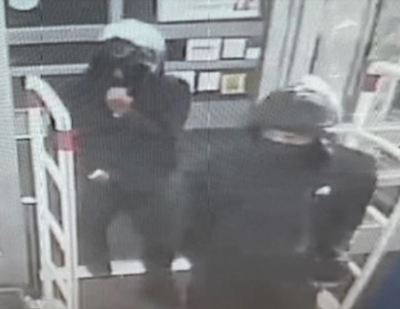 Update: Akron Police announced Tuesday morning an arrest in connection to a recent string of robberies in the Firestone Park neighborhood.

According to APD, an officer spotted a man matching the description of a suspect connected to a Monday night robbery of the Family Dollar in the 1700 block of South Main Street. The suspect was stopped in the area of East Firestone Bouleveard and Thornapple Avenue later that same night. As the officer approached him, the suspect tossed a black bag and took off running, but was caught almost immediately.

The suspect, a 17-year-old male, was arrested for his involvement in the Family Dollar Robbery and admitted to being involved in other robberies, including one at a store on Aster Avenue where a clerk was shot. The teen has been booked on six counts of aggravated robbery, felonious assault, and obstruction.

It is believed, at this time, that the teen suspect arrested Monday night is connected to the Saturday night robbery of the Walgreens on E. Waterloo Road. See more details on that incident below:

Akron Police are looking for two suspects they say robbed the Walgreens in the 300 block of E. Waterloo Road Saturday night around 7.

A clerk from the store described the two males and APD pulled surveillance footage (see photo). The suspects are described as black males between 16 and 22-years-old, both wearing all black and at least one of them that was carrying a gun.

The two got away with an undisclosed amount of cash from the registers.

Detectives believe the two are responsible for other robberies in the Firestone Park area.