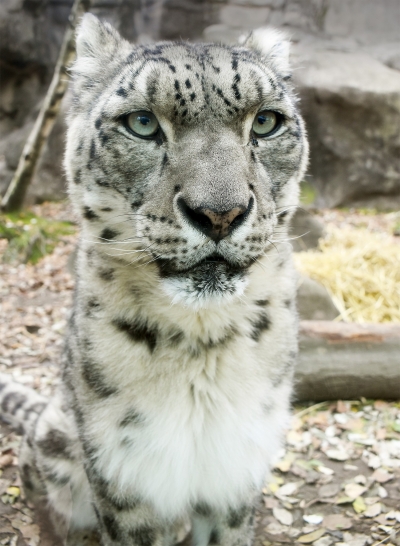 The Akron Zoo reporting that zoo veterinary staff were forced to euthanize Shanti, the zoo's female snow leopard, on account of her declining health.

See the full press release from the Akron Zoo below:

It is with heavy hearts that we share the passing of Shanti. Our female snow leopard's health began to decline in the last few days and her care team made the difficult decision to humanely euthanize Shanti yesterday, Dec. 14.

In July 2021, a veterinary exam confirmed the progression of advanced chronic kidney and heart diseases. Since then, her care was shifted to palliative care with the focus on providing her with the best quality of life and comfort as possible as she neared the end of her life.

Shanti was a fan favorite among zoo guests. She was a very playful snow leopard throughout her life and she enjoyed interacting with zoo visitors. Shanti won the title of “Top Animal” in the past, and the public has dubbed her “the mother of the Akron Zoo.” Over her years, she has welcomed eight snow leopard cubs – Raj and Sabu in 2012, Malaya and Makalu in 2014, Altai, Layan and Asha in 2016 and Baya in 2019.

“Shanti was an amazing cat to work with,” said lead carnivore keeper, Mark Schneider. “She was the best mother and she really loved interacting with us keepers. It was an honor to be part of her journey.”

“Shanti was the embodiment of the Akron Zoo,” said Doug Piekarz, president & CEO. “Our guests were able to connect with her through her story, and her legacy will live on through her grown cubs. Thank you to our animal care and veterinary teams, who have provided Shanti with exceptional care throughout the years, especially at the end of her life. Shanti will be missed by the entire Akron Zoo family, including our visitors.”