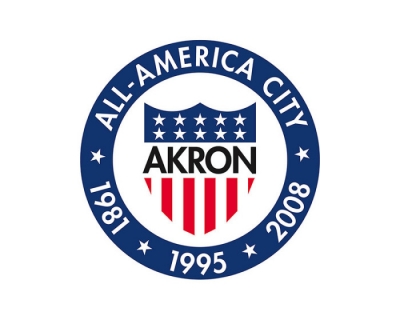 A list of streets scheduled for resurfacing in 2022 (including alternates) is available here.

"I've made Akron's roadways one of my top priorities ever since taking office," said Mayor Horrigan. "Our infrastructure investments are paying off in sustained improvements, but there's still plenty of work to do. This year's resurfacing program will be one of the largest we have ever undertaken, and it will continue to build on our forward progress to create significant improvements for Akron’s commuters."

Mayor Horrigan continued, “This week is National Public Works Week here in Akron and across the nation, and I'd like to thank the over 300 dedicated and hardworking employees serving the citizens of Akron in the Building Maintenance, Highway Maintenance, Motor Equipment, Parks Maintenance, Sanitation Services and Street Cleaning Divisions of the Public Works Bureau. Without their efforts, the City simply wouldn’t run.”

The paving list and schedule are subject to change due to various circumstances such as weather and supply chain issues. If streets are being used as highly traveled detour routes for various construction projects, resurfacing on those roads may be delayed. The Alternate (ALT) streets are only performed if additional funding becomes available and time allows.

“This past winter was very tough on our roadways, with double the normal amount of snowfall and the extremely cold temperatures in January,” said Public Works Manager, Jim Hall. “Fortunately, we were able to get a break with the weather and get an early start on our 2021 carryover program. And we’ll begin our 2022 program work later this month. With all the construction work in and around the area, we urge drivers to be mindful of construction crews, not to speed in construction zones and to not use your phone while driving.”

In creating the resurfacing list each year, the City grades the condition of each street and paves the “worst first,” taking into consideration traffic conditions and clustering streets together to reduce mobilization costs and maximize efficiency.

Signage will be posted on each street several days before resurfacing work is scheduled to begin. Traffic is maintained as much as possible during this work, but on-street parking is prohibited on the dates posted.  The Drive Akron Website will be updated with anticipated work, as well as, periodic updates to the program on the City’s social media pages (Facebook: City of Akron, Ohio – Mayor’s Office; Twitter: @AkronOhioMayor.)  Residents with specific questions are encouraged to call the Mayor’s 3-1-1 Action Center for more information.