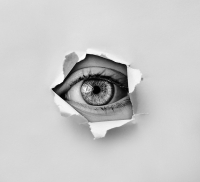 Will a big cyberattack one day lead to war between the US and another superpower?

That's a question US officials have been pondering for quite some time, and something that President Biden talked about recently, during a speech at the National Counter Terrorism Center.

Find out why, and listen as we connect the dots through a series of reports from CBS News and other sources, that show how the technology we have created to make our lives easier, more productive, and more enjoyable, is also being used to rob us of our money, our security, and our privacy.

Our special guest this week, is Radio Television Digital News Association & Foundation Executive Director, Dan Shelley, who talked to us about recent reports that military grade spyware has been planted on the mobile phones of world leaders, political activists, and journalists worldwide, and what that might mean not only for freedom of the press, but for freedom in general--for everyone.