This Week in Tech with Jeanne Destro-11-23-22: The Devastating Effects of Mass Layoffs

Over the past few months, Tech companies have laid off thousands of employees. Some of the big names include Twitter, Tesla, Meta, Amazon, Microsoft, Zillow, Oracle, Intel, Spotify, and Peloton.

While many of those employees will find jobs elsewhere; there is still likely to be some economic disruption as the dust settles, and if history is any indicator; not everyone will have a soft landing.

That's why I wanted to explore the potentially long-term devastation that mass layoffs can wreak on communities, recognizing that while many tech workers can work remotely; not all of them can.

This is a particularly poignant and fraught topic for those of us who live in Northeast Ohio, and who can remember how this once thriving region became what is now widely known as the "Rust Belt", when the auto industry shed hundreds of thousands of workers over the past four decades, leaving economic disruption, and despair in its wake.

Now, things are starting to pick up again, but how long will that last? Are new Electric Vehicle battery, Intel Chip, and other high tech projects the wave of the future, or just a momentary pause in an endlessly repeating cycle that keeps workers down, well-paid corporate executives on top, and communities left holding the bag?

Listen now, to find out why University of Akron Associate Professor of Economics, Amanda Weinstein says mass layoffs can scar and devastate communities for decades, why public policy that relies heavily on tax breaks for big companies may need to be reconsidered, and what might be a better alternative. 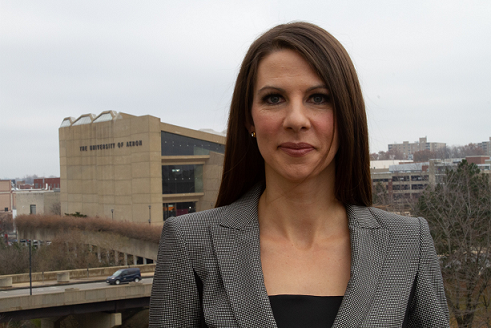 More in this category: « This Week in Tech with Jeanne Destro-11-18-22: Crypto Collapse
back to top