Written by Tony Mazur
Another Bridgestone Senior Players championship is in the books, and unlike 2020, fans were welcomed back to Firestone Country Club, and braved the heat to check out some golf. Don Padgett III is the executive director of the Bridgestone Senior Players, and he joined the Ray Horner Morning Show to recap the weekend that was at the South Course. Padgett was pleased with the return of the crowds, and he thanked all the volunteers and charities who took part in the third Seniors tournament. Steve Stricker won the tournament over last year's winner, Jerry Kelly, after an interesting final round. The contract for the Seniors tour is up after 2022, and Padgett says they hope to have it renewed and continue on, as next year's tournament is slated to begin July 6th, 2022.
Published in Ray Horner Morning Show
Tagged under
Read more...
Tuesday, 29 June 2021 04:49 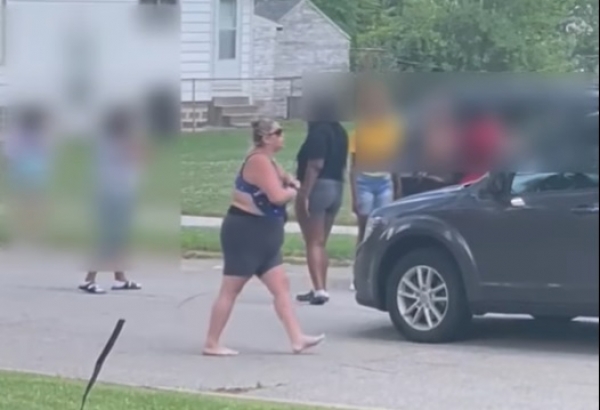 Mansfield Police are asking the public's help finding a woman who was caught on cellphone video shooting into the air during an altercation in the city.

The video shows the woman firing two rounds from a semi-automatic pistol in the middle of a crowd of people.

Anyone with information is asked to call the Mansfield Police Department.

After suffering a gruesome injury during Sunday's game in Minnesota, Indians Outfielder Josh Naylor is expected to miss significant time.

Monday, the ball club updated the status of Naylor, saying he suffered a closed fracture and dislocation of the right ankle.

In the fourth inning of the game against the Twins, Naylor was running in on a fly ball into the shallow outfield as Indians Second Baseman Ernie Clement was running out of the infield. The two players collided with Naylor coming down awkwardly on his right leg.

Scary situation in Minnesota as Josh Naylor is forced to leave with a lower leg injury following a collision in the outfield.

The following is the full statement on Naylor's injury from the Indians:

Josh Naylor suffered a closed fracture and dislocation of the right ankle in Sunday’s loss at Minnesota.  The ankle was immediately reduced on the field and Josh was transported to a local hospital for full evaluation.  Josh remained in Minnesota overnight for pain management and will travel back to Cleveland today.  He will be evaluated at the Cleveland Clinic by foot/ankle specialist Dr. Mark Berkowitz later this week to determine the extent of the injury and timetable for operative intervention.  Head Athletic trainer James Quinlan accompanied Josh to the hospital and will travel back to Cleveland with him today. 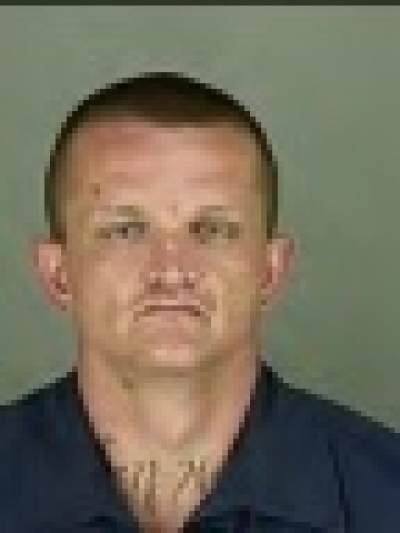 A burglary suspect is facing multiple charges after breaking into a home in Green earlier this month.

The Summit County Sheriff's Office received a report the morning of June 21st, that around 3 a.m. someone had broken into a home on South Main Street in the city.

The suspect stole several items from that home after forcing his way in.

Deputies with the Summit County Sheriff's Office located the suspect a short time later and he was arrested without incident.

After arresting Vincent Hood, 32, of Clinton, Ohio, deputies searched several storage units and found most of the items that were taken from the home on Main Street. Still missing was a Louis Vuitton bag and other items.

Written by Tony Mazur
Josh Naylor suffered an ankle injury on Sunday that will put him out of commission for a significant amount of time. That, coupled with all the injuries to the pitching staff, have affected the roster in a big way. Yet, they keep winning and playing hard. Mike Chernoff is the general manager of the Cleveland Indians, and he joined the Ray Horner Morning Show to look at how Terry Francona and his team have weathered the storm of injuries. Chernoff talked about how names such as Bobby Bradley, Cal Quantrill, and others have kept the team treading water and remaining just a couple games behind first place Chicago in the AL Central.
Published in Ray Horner Morning Show
Tagged under
Read more...
Friday, 25 June 2021 07:19 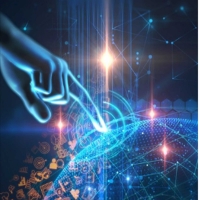 You can find a great paying tech-related jobs in Ohio with only three to six months of training, which you can get for free through the State of Ohio's Tech Cred, and IMAP programs.

But that's not all. Google is also offering free tech credentials, through their Grow With Google certificate program.

Listen now, to find out how you can get the training you need to take the next step toward a new, better paying career. 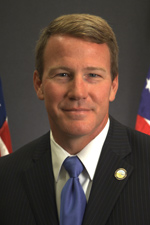 Written by Tony Mazur
For nearly a year, Dr. David Haney has been the interim president at Hiram College. Now, he can shed the interim label, as he officially becomes the 23rd president in the school’s history. Dr. Haney joined the Ray Horner Morning Show to talk about what is on his plate in the near and distant future. Much of that distant future became the present in the last 15 months as many classes went online and students learned from home, and Dr. Haney touched on the pivoting schools such as Hiram had to make during the pandemic. He also talked about the general and overall challenges with higher education.
Published in Ray Horner Morning Show
Tagged under
Read more...
Thursday, 24 June 2021 04:36

Stow PD Carrying the Torch for The Special Olympics

The Stow Police Department is carrying the torch, raising money for the Special Olympics.

On Wednesday morning, 14 members of the local police department were pounding the pavement in honor of the 40th anniversary of the Law Enforcement Torch Run for the Special Olympics.

Currently, Stow PD is the top fundraiser in the state.

Click here to see how you can help the cause.

The work from home trend has already changed office attire, culture, and routines. But, it could also have a profound effect on city budgets statewide, if an income tax-related bill now pending in the Ohio House is passed.

House Bill 157 would direct income taxes from people who work at home to the cities where they live, instead of where their company offices are located. It would also allow them to get a rebate on their 2021 income taxes.

Morning Show Host, Ray Horner talked to Akron Planning Director, Jason Segedy, about how much this might affect the City of Akron's finances, and their efforts to revitalize downtown Akron. 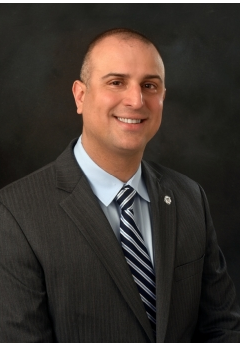 Written by Tony Mazur
Summertime is upon us, and though two of the three Cleveland sports teams are not currently playing, sports fans know there is no offseason. Terry Pluto is a long-time sportswriter in the area, and has been with the Plain Dealer and Cleveland.com nearly 15 years, and he joined the Ray Horner Morning Show to talk about all three teams in town. He first mentions the Cleveland Indians and their banged-up pitching staff, as well as the crackdown on foreign substances on the baseballs across MLB. Pluto also touches on the Cavaliers obtaining the third pick in the NBA Draft, and mentions his excitement for the Browns heading towards training camp.
Published in Ray Horner Morning Show
Tagged under
Read more...
Tuesday, 22 June 2021 07:59

Written by Tony Mazur
Every course at Firestone Country Club has traditionally been in solid shape, and the South Course proves why it is a favorite among the pros. Larry Napora is the director of golf course operations at Firestone Country Club, and he joined the Ray Horner Morning Show to talk about about the grounds. He also touched on the shape the greens are in, his great grounds crew, and any adjustments they may make due to rain.
Published in Ray Horner Morning Show
Tagged under
Read more...
Tuesday, 22 June 2021 05:42

Down to Three Finalists After APD Candidate Bows Out

The City of Akron now down to three finalists for the new Police Chief job in the city.
Monday, Mayor Dan Horrigan announced on the city's Facebook page that Eric Hawkins, the current Police Chief in Albany, New York, removed himself from consideration for the job. Mayor Horrigan says Chief Hawkins has decided to remain with the Albany department.
The mayor adds that he is still confident that we'll have a new police chief named "in the coming weeks."
See the full update from Mayor Horrigan below:
Published in Local News
Tagged under
Read more...
Monday, 21 June 2021 08:49

Written by Tony Mazur
It is year three of the Bridgestone Senior Players championship, and the first one since 2019 where fans will be admitted on the golf course. Don Padgett III is the executive director of the tournament, and he joined the Ray Horner Morning Show to preview this week's events. Wednesday is the pro-am day where the golfers can practice, and the tournament rounds are Thursday through Sunday. Padgett also talked about the field of golfers, which include many World Golf Hall of Famers such as Fred Couples and Ernie Els, and all weekend long there will be food trucks and concerts following the rounds. The tournament will be held as always on the South Course at Firestone Country Club, and parking will be available closer to the venue than in previous years when it was a WGC event.
Published in Ray Horner Morning Show
Tagged under
Read more...
Page 10 of 142