Written by Tony Mazur
Temperatures in Akron last week were moderately nice, but with it being August, the weather is heating up once again. The temperatures this week will hovering in the 80's, and it is slated to head back into the 90's next week. Dr. Aaron Lear is a sports medicine doctor at Cleveland Clinic Akron General, and he joined the Ray Horner Morning Show to help the listeners stay cool in the high heat. Dr. Lear's tips are to stay hydrated with water, not sugary drinks or alcohol, and to know one's body and how much one can take. For the elderly population, he also shared some advice on how medication can affect someone in the high heat.
Published in Ray Horner Morning Show
Tagged under
Read more...
Monday, 02 August 2021 08:51

Written by Tony Mazur
The Delta variant of COVID-19 is raging through the population, with upwards of 85% of the cases in the United States being this strain of the virus. This is causing concern across the country, from the medical facilities to the upcoming school year. Dr. Richard Londraville is a biologist at the University of Akron, and he joined the Ray Horner Morning Show to answer questions revolving around the Delta variant. Dr. Londraville touched on how the vaccines are fighting this variant, which have shown success, but are not 100% effective in stopping the virus. He says even fully vaccinated people can still get infected with Delta, but the vaccinated are at a much lower risk of getting seriously ill if contracted. Dr. Londraville also talked about the hesitancy some have in taking a vaccine without FDA approval, as well as the potential for a third booster shot to stave off future variants.
Published in Ray Horner Morning Show
Tagged under
Read more...
Monday, 02 August 2021 04:12 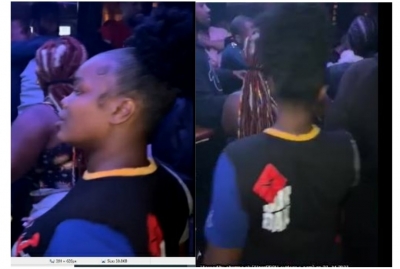 Akron Police are investigating two separate shootings that happened at the same time and the same place early Saturday.
Just about 3:15 a.m., officers responded to the Sky Lounge Bar on East South Street for reports of shots fired.
According to the report, a woman was shot during an altercation outside the bar while a man was shot during an altercation inside the bar.
No arrests have been made, but police are circulating a photo of a woman (see above) they say may have been involved in one of the incidents.
Anyone with information is asked to call Akron Police.
Published in Local News
Tagged under
Read more...
Friday, 30 July 2021 09:27

This Week in Tech with Jeanne Destro-7-30-21: The Business of Esports Featured 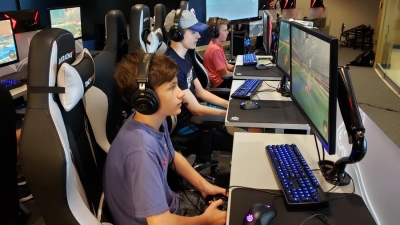 Show me the money!

Esports is big business now, and the University of Akron is making sure their students can prove they have what it takes to do the many jobs associated with it, by offering an Esports Business Certificate. 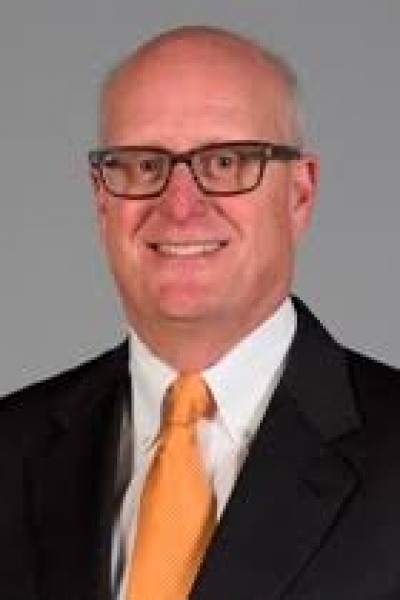 Dr. Cliff Deveny, President and CEO of Summa Health System in Akron, discussing the increase in cases of COVID-19 locally and the so-called "fourth wave" of the virus. 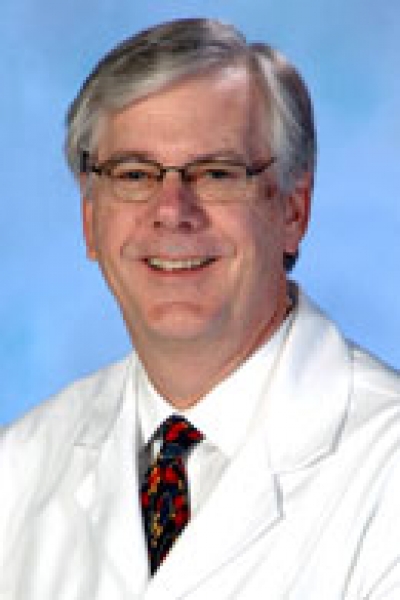 Dr. Thomas File, Infectious Disease expert with Summa Health, discussing the highly contagious Delta Variant and how much it's contributing to the increase in COVID-19 cases that we've seen locally. 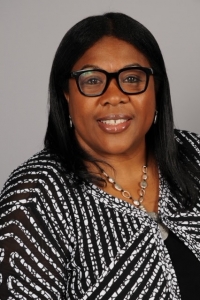 As students prepare to return to the classroom this fall, Akron Public Schools is rolling out new guidelines. Most noteably is the mask requirement for all students, staff, and visitors to start the year.

New APS Superintendent Chrstine Fowler-Mack discusses that and more of the plan going forward with the Ray Horner Morning Show:

According to a recent social media post (see below) the suspects are working together. One of the men reportedly distracts unsuspecting elderly females while the other steals their purse from their cart that's left unattended.

Anyone who might recognize either man or who has any other information is asked to call the Stow Police Department. 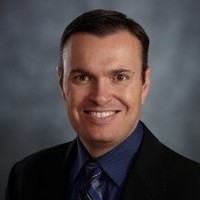 The Cleveland Indians have officially announced that they will offiicially change the team name at the end of the season.

The name: The Guardians.

Hear how this came to be as Ray talks with Curtis Danburg, Head of Communications for club, who explains more: 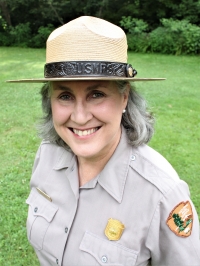 “Lisa has played an important part in the growth, development, and success of Cuyahoga Valley National Park for more than 20 years,” said Frost of the selection.  “During this time, she fostered strong professional and personal relationships with key agencies, nonprofit partners, and surrounding communities to improve the condition of park resources and enhance the visitor experience, especially on the Cuyahoga River.”

“I am honored to be selected as the next Superintendent of Cuyahoga Valley National Park, and James A. Garfield and First Ladies National Historic Sites,” Petit said about her new assignment.  “I am excited to continue working with the exceptional staff, partners and communities to realize the potential of Ohio’s only national park and its affiliated historic sites in bringing environmental, recreational, and economic benefits to our surrounding communities and the American public.”

Petit has spent her 21-year NPS career working in a variety of leadership positions in Cuyahoga Valley National Park. She started as a Wildlife Biologist, and later became Chief of Resource Management for the park. She was Deputy Superintendent before becoming Acting Superintendent.  During her time at the park, Petit oversaw all science, engineering, design, planning, environmental compliance, and resource stewardship activities for the park. Petit is the first woman to serve as Superintendent of Cuyahoga Valley National Park since its establishment in 1974.

Prior to joining the National Park Service, Petit was a Research Biologist for eight years with

the Smithsonian Institution in Washington, DC. Her research focused on understanding the role of parks and protected areas in resource conservation. It was conducted primarily in protected areas in Latin America and the United States including within Cuyahoga Valley National Park and is widely published in peer-reviewed journals.

Petit and her husband Dan live near Akron, where they raised their daughters Natalie and Kathryn, and are active community members who enjoy all of the parks and natural areas of northeast Ohio.

“We are excited to usher in the next era of the deep history of baseball in Cleveland,” Team Owner and Chairman Paul Dolan said. “Cleveland has and always will be the most important part of our identity. Therefore, we wanted a name that strongly represents the pride, resiliency and loyalty of Clevelanders. ‘Guardians’ reflects those attributes that define us while drawing on the iconic Guardians of Traffic just outside the ballpark on the Hope Memorial Bridge. It brings to life the pride Clevelanders take in our city and the way we fight together for all who choose to be part of the Cleveland baseball family. While ‘Indians’ will always be a part of our history, our new name will help unify our fans and city as we are all Cleveland Guardians.”

While the name will be new, there will be elements of continuity in the new marks and logos. The continuity we chose to incorporate was important to our fans and ties our past to our future:

The name change process started in June 2020 with a statement acknowledging the importance of taking a leadership role in uniting our community. We conducted an extensive multi-phase process to learn how the team name “Indians” impacted different constituencies and how it intersected with our organizational values.

“Since the announcement to change the name in December, our team has been hard at work to ensure we pick a name that our community, fans, partners, employees and players will be proud to have represent Cleveland Baseball,” President of Business Operations Brian Barren said. “Through our research and discussions, we identified a few key themes that were most important to fans – connect to the city of Cleveland, honor our rich baseball history and unite our community – and we believe Guardians upholds all three of those pillars.”

Through the ideation and research phase, we:

More information regarding our research and ideation process can be found at www.MLB.com/CLETeamName.

President of Baseball Operations Chris Antonetti said, “This is a historic moment for our franchise, and we are excited for our players and staff to debut our new team name and look in 2022. We look forward to our team proudly representing the city of Cleveland as the Guardians. Our club will strive to unite and inspire our entire community.”

This Week In Tech with Jeanne Destro-7-23-21: Voice Surveillance Featured

This week, how the same voice technology that powers your interactions with Siri and Alexa, also allows marketers to gather data about you like your age, weight, birth control use, and more.

Sound creepy? Well, it is, according to author, Joseph Turow, as he found out when he wrote his new book, "The Voice Catchers: How Marketers Listen In to Exploit Your Feelings, Your Privacy, and Your Wallet".

We'll also hear from Stark Area Regional Transit Authority Executive Director and CEO, Kirt Conrad, about why they're phasing out diesel, and expanding the use of Hydrogen fuel cells to power their buses. 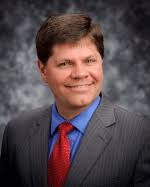 Akron Mayor Looks at Return of Events, Infrastructure Halfway Through 2021

Written by Tony Mazur
The All-American Soap Box Derby is back this week, and the Akron Marathon returns next month. Akron, like many other towns large and small, is slowly but surely returning to normal. Akron mayor Dan Horrigan joined the Ray Horner Morning Show for his weekly Thursday visit to talk about a slew of things related to the reopening of events across the city. Horrigan talked about how staple events such as the derby bring us closer to some sort of normalcy, even if he is hesitant on calling it that with the threat of the Delta variant out there. On the topic of the variant and COVID-19, Horrigan says he continues working with health officials in the area and following along with the latest data on the Delta spread, which has been occurring mainly with unvaccinated individuals. Coming off 2020, where every city was affected by the pandemic, the mayor looked at infrastructure and finances at the halfway point in 2021.
Published in Ray Horner Morning Show
Tagged under
Read more...
Wednesday, 21 July 2021 09:48

Written by Tony Mazur
Delayed a year and without spectators, the 2020 Toyko Olympics are indeed happening in 2021. That year off is very trying for the athletes trying to stay in peak performance. If there is anyone who knows about peak performance, it is Akron's own Butch Reynolds, who set records in the 1988 Olympics in Seoul. He joined the Ray Horner Morning Show to talk about the rigorous training athletes go through every four years to compete in the Olympics, and he also mentioned how difficult it will be for the participants to perform without friends, family, and fans cheering them on in the bleachers.
Published in Ray Horner Morning Show
Tagged under
Read more...
Page 6 of 142