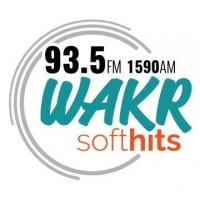 :17 - Following Super Tuesday, Mike Bloomberg released a statement saying they will reassess their campaign. The next day, the campaign came to an end. The morning show panel talked about the impact, or lack thereof, that the former New York City mayor may have had during the race. 4:46 - For more on Bloomberg, Elizabeth Warren, and the Democrat split between Joe Bden and Bernie Sanders, Dr. David Beer from Malone University joined the program. 10:23 - Has the Coronavirus reached pandemic levels in the United States? It depends who you talk to, according to Dr. Terry O’Sullivan, director of the Center for Emergency Management and Homeland Security Policy and Research at the University of Akron. 20:10 - With spring right around the corner, April showers will be a constant, which will bring May flowers and flooding to Barberton. Mayor Bill Judge discussed the new measures Barberton is working on to prevent flooding in the Magic City.
Read 1085 times
Tweet
Published in Ray Horner Morning Show
Tagged under