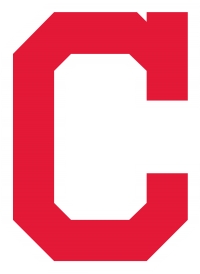 Cleveland Indians Block C logo Cleveland Indians on Wikipedia
Over the Independence Day weekend, it was announced that the Washington Redskins will have their name changed in the near future, mainly due to major brands and retailers refusing to sell products with their name and logo on them. The inevitable demise of the Redskins name prompted many to wonder the state of the Cleveland Indians. The Indians phased out their former logo, Chief Wahoo, by the 2019 All-Star Game, and many wondered how long their team name would hang on. First, the Ray Horner Morning Show panel, made up of Ray Horner, Chris Keppler, and Tony Mazur, discussed this topic, the possible mascot opportunities, and any fallout this change may receive from some hardcore fans.
Bob DiBiasio has been a member of the Cleveland Indians staff for over 40 years, and he talked about the calls for changing the team’s name, which has been around for 105 years. DiBiasio says they are exploring all options at this time.
As for the ballpark operations, Curtis Danburg touches on the day-to-day process of readying the stadium, the players, and everyone and everything else in order for a season to go on.
Read 434 times
Tweet
Published in Ray Horner Morning Show
Tagged under