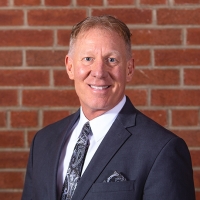 Mayor Don Walters CityofCF.com
Cities both large and small have been affected in some or many ways due to the COVID-19 pandemic. But how have those medium-sized towns, the large suburbs, handled matters? Cuyahoga Falls mayor Don Walters called into the Ray Horner Morning Show to give an update on his city, which is the second-largest in Summit County by size and population. On the plus side, Walters says retail sales have grown since the reopening phases in May, and construction and resurfacing projects are on schedule. However, a big hit to his town was the canceling of events at Blossom Music Center, which have traditionally been a boon for the north end of the area. Blossom has pushed their concerts and events to 2021, with most performances close to the original date from 2020.
Read 1351 times
Tweet
Published in Ray Horner Morning Show
Tagged under