Privacy, Surveillance, and Crime: City Council Proposal In the Spotlight 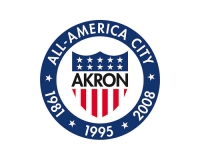 Akron City Council is considering a proposal to buy home surveillance cameras for citizens in high crime neighborhoods, so that home videos can be easily shared with police.

At this point, it's unknown whether Akron will decide on Amazon RING, another brand, or even if they will approve it at all. A vote is expected in the next few weeks.

But what we do know, is that citizens sharing home surveillance video with police does raise some privacy concerns.

In fact, one national civil liberties organization, The Electronic Frontier Foundation (EFF) is doing an online petition drive specifically taking aim at Amazon RING, and in Washington, the House of Representatives held hearings on it earlier this year.

To find out more, Jeanne Destro talked to Akron City Councilwoman Tara Samples, and Dr. Matthew Guariglia, who is with the EFF.

More in this category: « No Couch Required: Mental Health Counseling Goes Virtual Learning From Home When You're Homeless: Akron Public Schools Project Rise »
back to top