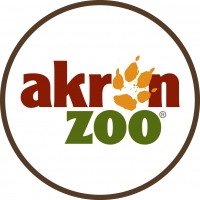 Akron Zoo Akron Zoo on Facebook
A troop of gorillas at the San Diego Zoo recently tested positive for COVID-19. How common is it for animals, both wild or domesticated, to catch this virus? And is it as dangerous and fatal as it has been with human beings? According to Elena Bell from the Akron Zoo, there have been some cases of animals getting the virus, but no known fatalities, as she mentioned on the Ray Horner Morning Show. But to be extra careful, Elena says Akron Zoo staff are wearing PPP not only out and about through the complex, but also while preparing food and amenities for the animals. The zoo is also limiting crowds by requiring reservations. Later in the spring, perhaps early summer, Wild Asia will make its debut at the Akron Zoo after a delay.
Read 533 times Last modified on Wednesday, 13 January 2021 11:52
Tweet
Published in Ray Horner Morning Show
Tagged under