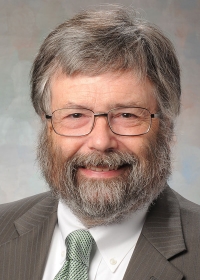 Dr. John Green uakron.edu
For the first time in nearly three decades, a president of the United States will not serve a second term. President Trump will leave the White House on January 20th and hand over the keys to Joe Biden and his administration. Dr. John Green, former interim president of the University of Akron and still a part of the Bliss Institute, shared his expertise in political science on the Ray Horner Morning Show. Dr. Green believed there were positives from the Trump administration, most notably improving trade deals with China, a stable economy prior to the COVID-19 pandemic, and the rapid speed of the vaccine production. Dr. Green also previewed what to expect from a Biden administration, which he says may be a mix between the newer wave of Democrats in Barack Obama and the more traditional, old school version of Bill Clinton.
Read 315 times
Tweet
Published in Ray Horner Morning Show
Tagged under