Akron School Board President With Latest On In-Person Classes Featured 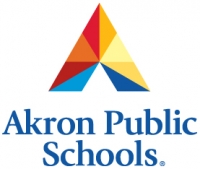 Ohio Governor MIke DeWine criticized School officials in major cities statewide this week, including AKron, for failing to meet his deadline of getting students back to class in person by March 1st.

In fact, he made it a condition of getting COVID-19 vaccine for school teachers and other employees, and called out local school officials for not honoring their agreement.

But they maintain they believe they actually did honor their agreement, and explained that the already complicated process was made even more difficult because the State did not send enough vaccine to innoculate all 3,000 school employees in enough time for them to actually hit the deadline.

As a result; they've been planning on getting as many students as possible back in the classroom in person, by March 15. In addition, they're surveying parents to see how many of them want to keep their children home for remote learning instead of going back to the classroom.

The past few days though; there has been a little movement, with Akron school officials saying there might be a little give in their back to school timeframe, and the Governor relenting a bit, saying his focus was going to be on the majority of the schools that could make the March 1st deadline, and not the minority that could not.

So, Jeanne Destro talked to Akron School Board President, Dr. N.J. Akbar about it this morning, to find out where we are now, and what comes next.

More in this category: « Mayor Horrigan on Fighting COVID-19 on Multiple Fronts Unemployment Fraud, Identity Theft: Who To Call, Where to Get Help »
back to top