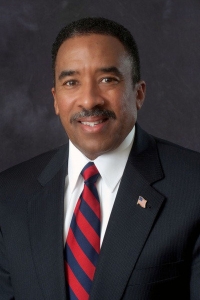 Mike Williams
WAKR and the Ray Horner Morning Show are featuring a member of the black community in Akron who have made an impact by their courage and leadership. The name Mike Williams seems pretty common in America, but in Akron, it's anything but. The proud son of the late Judge James R. Williams, Mike grew up in a household where he got a first-hand look at the adult world. Eventually, he, like his father, also became a leader in the community as a member of city council, and has thrown his hat in the ring for mayor of Akron. Akron’s Celebration of Black History this month is brought to you by the Akron-Summit County Public Library and the Metro Regional Transit Authority.
Read 752 times
Tweet
Published in Ray Horner Morning Show
Tagged under