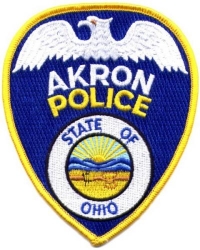 Akron Police are disputing claims by a domestic violence suspect that he was nearly killed during an arrest in February.

Charles Hicks said he couldn't breathe when the officer's knee was holding him down by the neck, something that Akron Acting Police Chief Michael Caprez says it just didn't happen.

Meanwhile, the Akron Fraternal Order of Police put out a press release, taking issue with media reports that allegedly portrayed former officer Jon Turnure's resignation as an admission of wrongdoing, and not following the Akron Police Department use of force procedure.

Akron F.O.P. Lodge 7 President, Clay Cozart, talked to Jeanne Destro about it this morning, on the Ray Horner Morning Show.