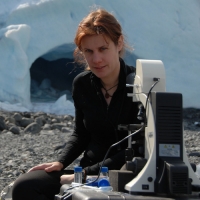 Dr. Hazel Barton
The worry of late has been a potential fourth wave of COVID-19, with the mutation of the variants, and the state of Michigan is being hit hard.  Dr. Hazel Barton is a microbiologist at the University of Akron, and she joined the Ray Horner Morning Show to talk about the spread of the variants and the efficacy of the vaccines to fight them. Though these variants are spreading the disease much quicker than expected, the vaccines are having success in beating them down. She spoke about how unprecedented it is to fight a virus with a vaccine the time it is happening, rather than years or even decades from now. Dr. Barton also talked about the success the biologists have seen with the vaccine in children.
Read 656 times
Tweet
Published in Ray Horner Morning Show
Tagged under