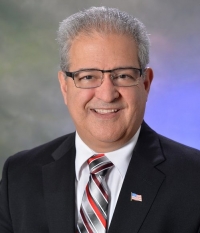 Tim Dimoff timothydimoff.com
News out of Texas has been kind this week for those on the conservative end of the political spectrum. The Heartbeat Bill went through, which bans abortions as early as six weeks, and now new gun laws allow for Texans to open carry without a permit. Tim Dimoff is the president and CEO of SACS Consulting and Investigative Services, and he made sense of what these gun laws are designed to do in Texas. He also answered if these laws could come to other states such as Ohio, and he touched on the topic of gun violence, which has greatly increased the last couple of years.
Read 452 times
Tweet
Published in Ray Horner Morning Show
Tagged under