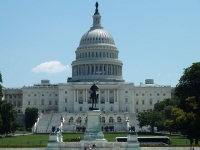 Last year's January 6th attack came as quite a shock to most Americans, but what about experts in National Security and Terrorism? Were they surprised too, and more importantly - what comes next?

WAKR Morning Show Host, Ray Horner, talked to Dr. Karl Kaltenthaler, who is a Political Science Professor, and the Director of the Center for Intelligence and Security Studies at the University of Akron. and he says, he's very concerned.

Listen now, to find out why.

Dr. Karl Kaltenthaler, Director of the Center for Intelligence and Security Studies at the University of Akron

Biography
Karl Kaltenthaler’s research and teaching focuses on security policy, political violence, political psychology, public opinion and political behavior, terrorism, counterterrorism, and xenophobia. He has been part of or completed multiple research studies in Afghanistan, Iran, Iraq, Kazakhstan, Kyrgyzstan, Pakistan, Syria, Tajikistan, and the United States. He is currently researching the radicalization process and recruitment into violent political extremism as well as ways to counter this process (Countering Violent Extremism). This work has resulted in academic publications and presentations as well as reports and briefings for the U.S. government. His research has been published in three books, multiple book chapters, as well as articles in International Studies Quarterly, Political Science Quarterly, Studies in Conflict and Terrorism, as well as other journals.