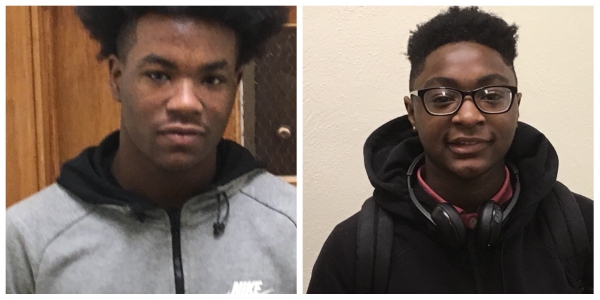 This week our 1590 WAKR Male Student Athlete of the Week is Romello Pacely, a junior basketball player from North High School.

Romello says he got into basketball at an early age and stuck with the game when he got to high school.
“I got into it from my brother," he said. "I always looked up to him, so I liked the game of basketball."
The junior letterman says he, his teammates and coaches are determined to work hard, hold themselves accountable, and change the culture at North.
“He (Coach Marc Smith) motivates us every day, always pushes us to be better," Romello explained.
In addition to being a basketball player, Pacely maintains a 3.3 GPA and works hard in the classroom as well as the court.
His coach Marc Smith talked about his work ethic and how he’s developing as a player and a person.
“Romello is a young man who has worked very hard in the classroom and on the court, “ Smith said. “He hasn't allowed his limitations to dictate who he is as a person. “
We are proud of what he has accomplished in the classroom and look forward to watching his development over the next couple of years.”
Our next Female Student Athlete of the Week is Akilah Primm, a senior basketball player from North High School.
She says she got the competition bug from her sister, Amani who plays college basketball at Tri-C.
Primm  says that by her sister earning that college scholarship, it pushes her to do the same.
“She was playing when we were younger and it became fun to me," Akilah said. "It makes me want to go (to college) and be with her."
As a captain and one of the key cogs for North, she knows that getting the best out of her teammates is one of the most important things she can do for her team.
Her coach Shermaine Meadows talked about her leadership on and off the court.
“Akilah Primm has been a quality leader to our program in which we have grown to depend on day in and day out,” he explained.
She is by far the best defender on the team and her blazing speed makes it almost impossible to stay in front off.”
Off the court, she has the same drive and determination.
“Akilah has helped change the culture here at North high school with a high level of excellence and competitive spirit that transcends the court,” Meadows said.
“Akilah volunteers at the haven of rest and churches around the city. She carries a Gpa of 3.5  One of the most coachable kids I’ve experienced.”
We wish Romello and Akilah the best in all of their future endeavors.
Read 2500 times Last modified on Thursday, 03 January 2019 16:09
Tweet
Published in Student Athlete of the Week
Tagged under