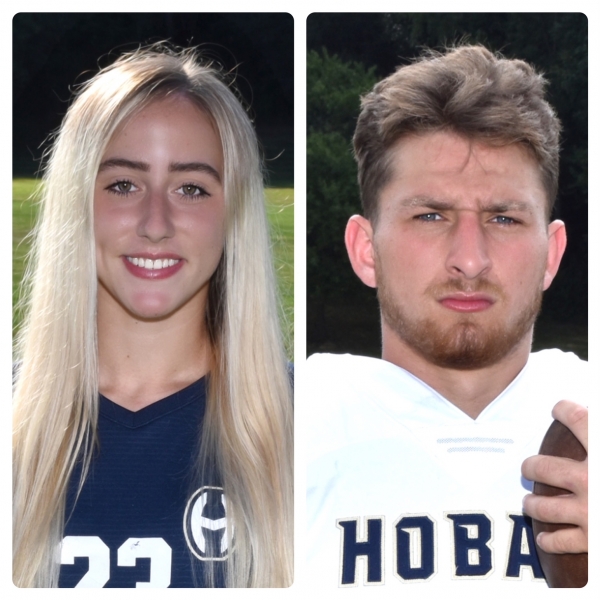 Our student athletes for this week come from Archbishop Hoban High School. Miriam Szijarto is a four-year starter, forward, and captain on the Knights’ soccer team. She has made the North Coast League first team twice and second team once, made the all-district first team twice, and was named to the all-state second team during her junior year. Miriam not only works hard on the court, but in the classroom as well, with a 3.29 GPA. Shane Hamm is also four-year starter for the Knights, and has a nice collection of accolades he’s picked up. He is Hoban’s all-time leader in passing yards, touchdowns, and completion percentage, is a two-time state champion, a state champion MVP winner, and a two-year captain. Shane also holds a 3.79 GPA in the classroom. The Student Athlete of the Week report is powered by NECA-IBEW and Akron Children’s Hospital.