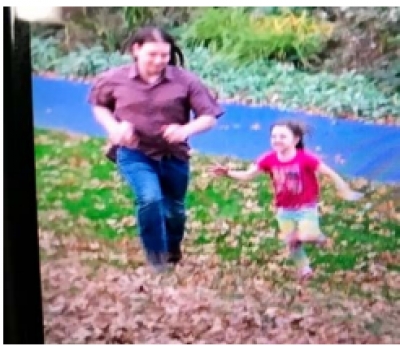 5-year old Ana Grace Burke, who was allegedly abducted from her home by her babysitter's boyfriend, has been found safe, and returned to her parents.

Bloomington Illiois police, following up on an Amber Alert, found her in the back of alleged kidnapper, 36-year old Jonathan Stinnett's van.

**Note: The child's age was originally reported as 6, but the Amber Alert issued on Friday listed her age as 5.

Police describe Stinnett as a white male, 5’10” in height, 180 pounds in weight, with hazel eyes and brown hair. Burke is 3’9” , weighs 55 pounds, and has blue eyes and strawberry blonde hair.

They may be driving a silver 1991 Ford Aerostar SW (minivan), with Michigan license plates EHL7187.

Anyone who may have seen them should contact the Jackson Township Police Department immediately at 330-834-3960.

More in this category: « Police Suspect the Same Man Robbed Two Businesses on N. Main How The Record Drug Overdose Trend Nationwide is Playing Out in Summit County »
back to top