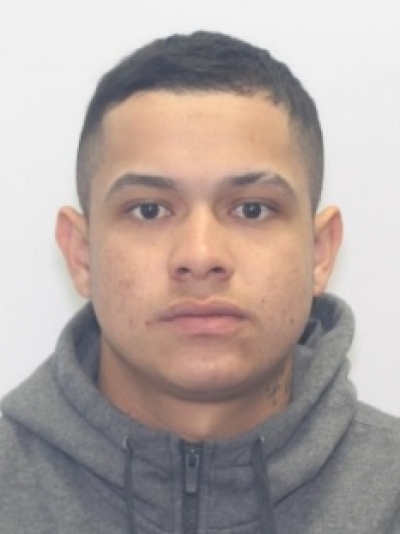 Akron Police Department
Update: Akron Police say the suspect, 24-year-old Jose Castro, is in custody. He was arrested in Cleveland along Detroit Avenue. Castro is charged with Kidnapping and Felonious Assault.
Akron Police are looking for a suspect at the center of an Amber Alert issued Monday night.
According to reports, just before 7 p.m., police responded to the eleven-hundred block of Tulip Street after a report of a woman shot. Police found the victim, unconcious, with multiple gunshot wounds outside of a home. Witnesses said the man who shot her took off with a four-year-old child.
A statewide Amber Alert was issued, but the child was returned some time before 11 p.m. Monday. The shooting victim is in critical condition and the suspect, 24-year-old Jose Castro is still on the loose.
See more from the Akron Police Department below:
At approximately 6:50 PM tonight (Monday), Akron Police responded to the 1100 block of Tulip St. after receiving multiple calls for shots fired, as well as reports of a female being shot. When officers arrived on scene, they found the unconscious female outside with multiple gunshot wounds. While she was being treated by EMS, officers spoke with witnesses who informed them that after the shooting, the suspect took the victim’s child and fled the scene in a vehicle. Officers were able to view video footage from a nearby camera that showed the suspect grab the child, get into a vehicle registered to the victim, and flee the scene. An Amber Alert has been issued for Fabian Claudio-Castro. The child is a 4-year-old Hispanic male. He was last seen wearing a blue t-shirt and dark colored shorts. The vehicle is a 2016 Kia Soul, grey in color. The plate on the vehicle is Ohio registration, HLD9706. The victim was transported to Cleveland Clinic Akron General Hospital and is currently in critical condition. Consider the suspect to be armed and very dangerous.
Update: The child, Fabian Claudio-Castro, has been returned unharmed to Akron detectives. The Amber Alert has been cancelled. Warrants for Felonious Assault and Kidnapping have been issued for the child’s father, Jose Castro. He is 24 years old.
Read 1016 times Last modified on Tuesday, 20 September 2022 08:19
Tweet
Published in Local News
Tagged under

More in this category: « Three Suspects Sought In Akron Shooting No Elevators at Justice Center »
back to top