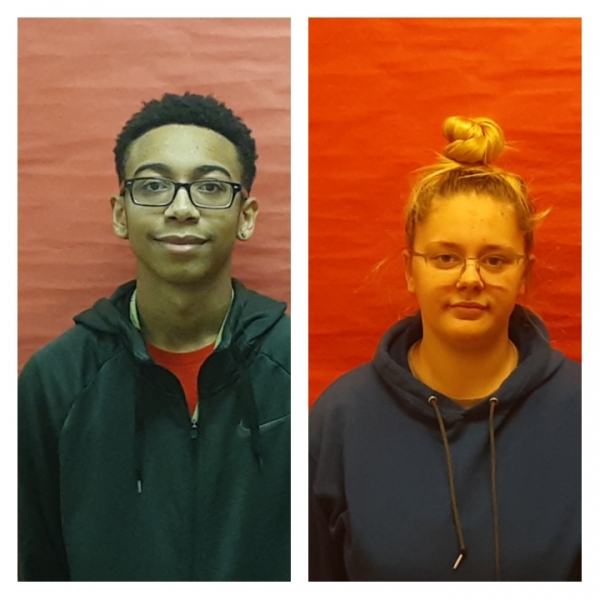 This week our 1590 WAKR Male Student Athlete of the Week is Malcolm Brown, a senior bowler from East CLC.

Malcolm said that bowling was always a fun activity from an early age and he continued throughout.

“I started when I was 5 years old and I just started doing it a lot more throughout the years and I wanted play a varsity sport in high school,” he said.

As a letterman on the team, he says that the camaraderie and fun is what makes bowling great.

He cited winning the City Series bowling title as a junior last year as one of the highlights of his time at East.

His coach Gabe Gonzalez said that Brown is a leader in many ways not only on the team, but in the school as well.

"He is what makes this team go," Gonzalez said.

"As a returning varsity player Malcolm tends to set the bar high for his teammates but does so in a quiet way, and he is not really a vocal leader but he certainly leads by example."

One of the activities that Malcolm does in the community is being involved with the City of Akron Youth Leadership Council.

He says that being involved with that is not only beneficial for him, but the city of Akron as well, trying to better his community.

“I think it’s always good to give back to the community, because the community needs help sometimes,” Brown said.

He is currently undecided on where he is going to college and what he will major in at the moment.

Our next 1590 WAKR Female Student Athlete of the Week is Cheyenne Cunningham, a junior bowler from East CLC.

She says that being a student athlete at East is an enjoyable experience all around.

“It’s pretty fun because freshman year I didn’t know a lot of people, and everyone else on the team were seniors or juniors and getting ready to graduate, but now half of my friends decided to join and it’s pretty fun now,” she said.

In addition to being a bowler for the Dragons, Cunningham is also a member of the Color Guard, the ROTC, the drill team, and band.

She says that it’s not always easy to balance the activities with the academics and athletics, but it’s a great experience for her.

Coach Gabe Gonzalez said that she is one of the hardest working people he’s been around.

"Cheyenne is a model and motivated student who is part of our top ranked JROTC program, East High School  Band (2nd chair clarinet), and an academic honor recipient," Gonzalez explained.

"Cheyenne is a very passionate student-athlete who is dedicated to helping others. Cheyenne is coachable and makes my job easier."

In the community, Cheyenne is a Girl Scout and said that she has learned a lot from that organization.

“The lessons we learn ( in the Girl Scouts) is how to help our community, how to make it better, and what we can do as leaders,” she explained.

We wish Malcolm and Cheyenne the best in all of their future endeavors.