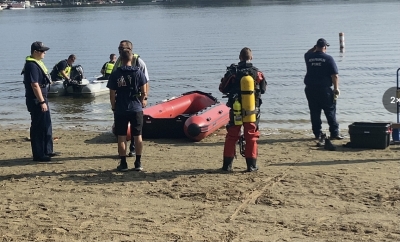 This past Thursday, the South Summit Water Rescue Team took to the Portage Lakes for a live-action, mass casualty training event. 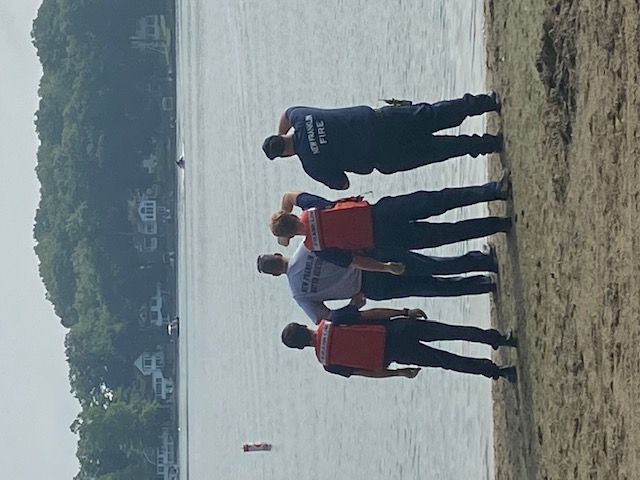 Roughly 100 members of the New Franklin Fire Department, Green Fire, Coventry Fire, Akron Fire, Twinsburg Fire, and other agencies were on hand for the "all hands on deck" rescue training. Eight civilian volunteers were there as well, playing "victims" of a two-vehicle crash on the lake.

As a member of the media, I was able to witness the training firsthand, as first responders were deployed to a real-time call of an capsized water vechile with multiple casualties in the water. It was impressive to see the coordinated and highly organized response right from the beach, as teams were deployed on their department's vessels to the middle of the lake where the staged crash had occurred.

New Franklin Fire Lieutenant Don Burroughs told me this is the first training event like this for the full team.

This year there have been two drownings at the State Park, including most recently an 11-year-old boy from Tallmadge who was pulled from the water earlier this month.

Thursday's event, while primarily for training purposes, also serves as a teachable moment for the community. Local officials are stressing the importance of boat, kayak, and other water safety for everyone who takes to the water.

The Ohio Department of Natural Resources has an updated list of boating and water safety here.

More in this category: « Summit County Public Health Offering $100 Vaccination Incentive U.S. Marshals: Missing Teens Believed to be in Akron »
back to top