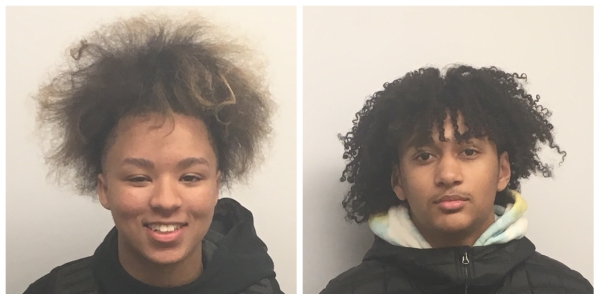 This week our 1590 WAKR Female Student Athlete of the Week is Amiyah Stallings, a junior basketball player from Buchtel High School.

Her coach, Brian Neugebauer said that she embodies all it takes to be a successful student athlete.
“Amiyah is a hard worker, a captain, a shooter, and has a positive, encouraging voice and character,” he said.
As a sophomore she was named second team all city and through three games this year, she averages 14 points, 1 assist, and two steals.
Off the court, she does the school announcements for WVOB and she says she enjoys it because of the creative aspect.
“It’s fun to do it every day in the morning,” she said.
She also does some volunteer work for the Ladies First program which she was a part of as a youngster.
She says that most of her teammates were part of that program and having that camaraderie and chemistry leads to success at the high school level.
“We all knew each other from Ladies First and you build the chemistry, keep going up, and it helped us out in high school,” she said.
Our next Male Student Athlete is Ronnell “Tae” Perie, a junior basketball player from Buchtel High School.
He said that getting into the sport of basketball came easy to him at an early age.
“My dad put the ball in my hands as soon as I was born,” he said. “He was a basketball player and that’s what got me started,” he said.
Away from the court, he’s a student ambassador at Buchtel and is also involved with youth basketball clinics, Fallen Fathers, and YBPC.
His coach, former Buchtel Griffins alum and former UA Zips basketball player Matt Futch says that the junior gives his best both on and off the court.
“He has a leadership quality to him, and we’ve been working to have him bring that out and lead the group,” he says.
“He’s got a good sense of humor, good kid to be around, he’s responsible, and takes care of his business.”
He says the bond with his teammates is one that will extend long beyond their playing days.
“I just know they got my back andI got their back forever no matter what it is on or off the court,” he explained.
We wish Amiyah and Tae the best in all of their future endeavors.
Read 3742 times Last modified on Thursday, 05 December 2019 13:52
Tweet
Published in Student Athlete of the Week
Tagged under